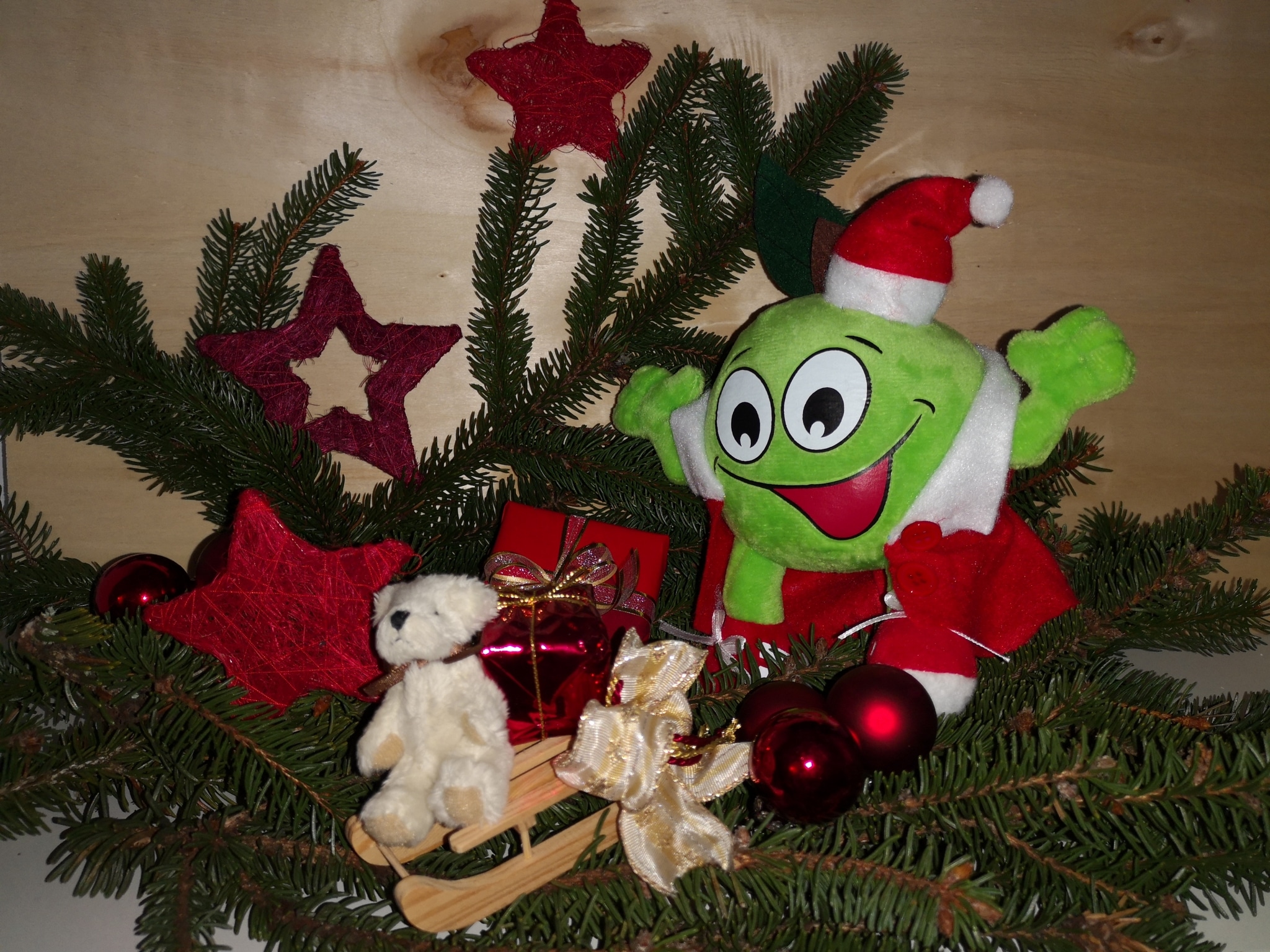 Together we can do it!
Freddy Fit experiences
a fantastic Advent

A fantastic story of Advent with Freddy Fit by Larissa Herzl.

Together we can do it! – Freddy Fit experiences a fantastic Advent

Outside the first snowflakes are falling from the sky, as Freddy Fit, well wrapped up in a thick wool scarf, walks down to the farm over the steps. He stands there, looking at the trees all around, on whose branches a fine layer of snow has fallen. A little snowflake lands right on his forehead. Freddy Fit giggles and is delighted that winter has finally arrived.

He suddenly hears the clatter of hooves from the nearby forest. ‘Strange’, thought Freddy, ‘there are not usually horses out and about here!’ Curious, he headed out in the direction from where the noise was coming. In the distance he saw a little red light, slowly making its way towards him. Horses and a red light? That doesn’t fit! Freddy Fit gazed in concentration in the direction from which the light was coming, to try and make out what sort of wonderful light it might be. The red dot was approaching closer and closer and now Freddy could see … antlers! ‘Is… is that…? No,it can’t be. Rudi?’, stammered Freddy Fit, his eyes widening. 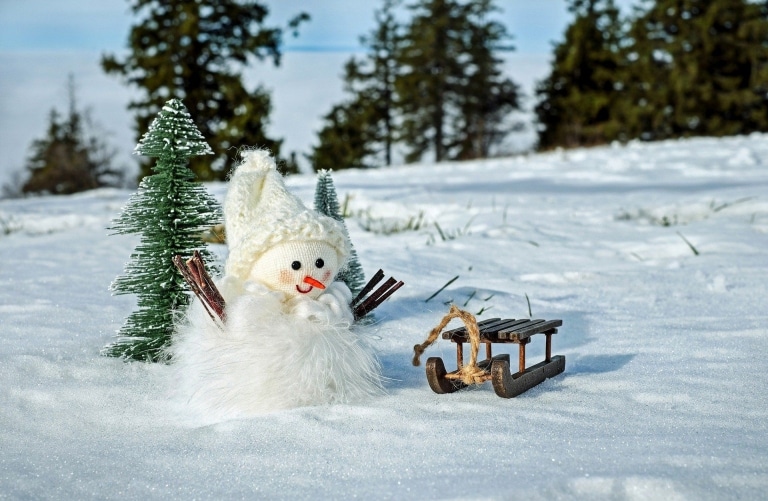 Meanwhile, the reindeer stood in front of him, panting. He gave him a very friendly look. ‘I don’t believe it’, cried Freddy Fit in delight, ‘it is you! It is really you!’. ‘Well of course it is really me’, said the reindeer, shaking his head somewhat bewildered. Amazed, Freddy Fit looked at the creature. ‘And…you can talk too?’, he said in disbelief. ‘Err, yes, you can talk too’, said the reindeer. He didn’t quite seem to understand what the little green apple found so peculiar about this. ‘Well, as ever, it is great to finally meet somebody here. You have to help me! And, oh no, where are my manners, let me introduce myself first. I am Rudolf – but most people call me Rudi. I am the reindeer with the red nose… as is probably not  too difficult to see’, added the reindeer grinning. ‘Hello Rudi’, smiled Freddy and introduced himself too. ‘What it is you need help with!’ he said. Then Rudolf began to tell his story. He had actually come especially from the North Pole to find out if the chimneys on all the houses were wide enough, because Santa had eaten a lot of cookies of late. Now he was worried he would not be able to fit into all the chimney stacks. ‘And then something really terrible happened. I lost my reindeer compass and now I can’t find my way back to the North Pole! I’m lost’, said the reindeer with a sad expression. ‘Oh come along, I’ll help you! Together we will surely find your compass together very quickly’, said Freddy Fit. ‘Can you really help me? Oh thank you, thank you, thank you!’, cried Rudolf, prancing around in a circle. A proper reindeer dance of joy. ‘Come on, climb up!’

Then Freddy was sitting on the reindeer’s back. Rudolf swung his antlers and in an instant the two of them took off from the ground. All around them the air suddenly seemed to glisten, as the path below them grew ever smaller. Freddy could hardly believe it. They were flying!

‘So Rudolf, where all have you been?’, asked Freddy Fit, trying to narrow down the area in which the compass might be. Rudolf explained his flight route to him. ‘Hm, probably best to fly  the entire route that you have covered today’, said Freddy decisively, and Rudolf thought the whole idea was just genius. The two of them soared through the air and flew over numerous rooftops, fields and pastures. On one occasion they almost crashed into a tree, when Rudolf became distracted by the sweet aroma of freshly baked cookies, but luckily Freddy Fit was able to avoid it at the last moment. Both of them kept a look out for the compass, but without success. ‘I’m getting weary’, murmured Rudolf and Freddy Fit noticed that he was getting slower and slower. ‘Come on Rudolf, keep going, we’ll make it!’, he said, trying to pep him up, patting him on the head affectionately. And so the journey continued, even if it was not quite so energetic. The reindeer and Freddy tried to find the compass. But alas they could not see the compass anywhere at all. Even after a few hours it was nowhere to be seen. Rudolf in the meantime was exhausted and said, ‘Freddy, I think we’ll have to fly back. It’s no use.’ Sadly, Freddy Fit looked down to the forests and roads beneath them. ‘Ok, Rudi, you have been brave. We will carry on looking again in the morning’, he then said. On their return flight they could see how the sky had turned orange and pink as the sun was setting and night time was slowly creeping in. 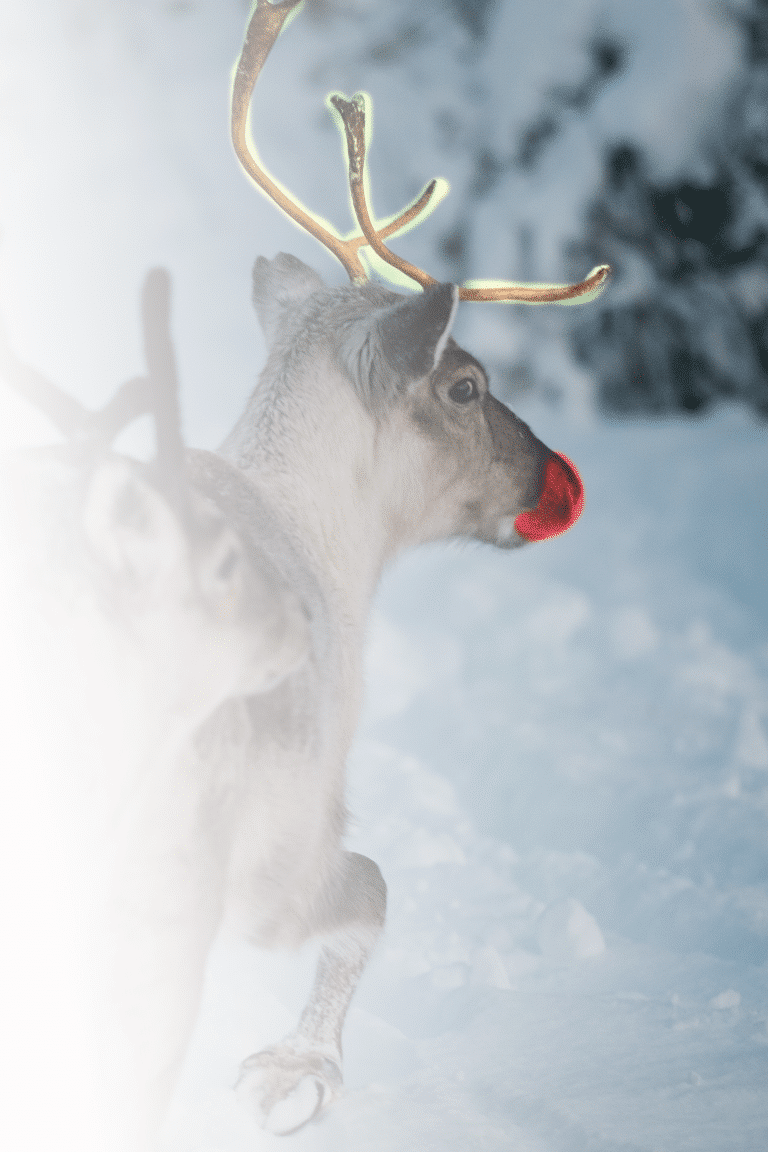 ‘Woaaahhh!’, cried Rudolf suddenly and slowed down suddenly in the air. ‘There, look down! There is my compass!“, laughed the reindeer. Freddy looked down and actually saw something small, round and glistening at the edge of the forest, not too far from Freddy’s house. The two of them grinned triumphantly. Rudolf flew closer to it and then it became clear why they had been unable to find the compass anywhere. It was actually lying right in front of a dog kennel and a big, brown dog was lying right next to it and seemed to be guarding his find. Freddy Fit saw how Rudolf was trembling. ‘What’s wrong? Are you cold?’, he asked. ‘No, em, it’s just, I have a… terr…terr…terrible fear of dogs, stuttered Rudolf. Freddy Fit smiled. ‘Drop me of somewhere near him’, he said.

When they were back  on terra firma again, the two of them approached the dog kennel, very slowly and cautiously. A soft snore was coming from the dog. Freddy looked briefly towards Rudolf and smiled encouragingly at him. He gently put one foot in front of the other and did not take his eyes of the compass and the dog. It was now just a few more steps. Rudi stood there, as if rooted to the spot. The dog moved. He didn’t dare take another step. But Freddy went courageously up to the dog, stroked it and said he could continue sleeping calmly. Just after that, Rudi could hear snoring again. ‘Phew, that went ok’, he thought.

When Freddy returned with the compass, he was more than amazed and stared at him agog. He said that he often visited Bello, the sleepyhead and so wasn’t afraid of him. Both of them beamed with joy and when Freddy swung back on to the reindeer’s back and they soared off into the sky. Rudolf was overjoyed and thanked Freddy for his fantastic help, then took him back home.

‘Thank you so much!’, said Rudolf again when Freddy climbed down outside his house. ‘My pleasure’, he grinned, and hugged the reindeer to say farewell. ‘Do you think we might see one another again some time?’ he asked. ‘Definitely, by Christmas at the latest’, said Rudolf happily and took off. ‘Goodbye! Safe home!’, called Freddy to the reindeer. Content, and also a little bit  tired, Freddy waved to Rudolf until he had disappeared into the night sky. 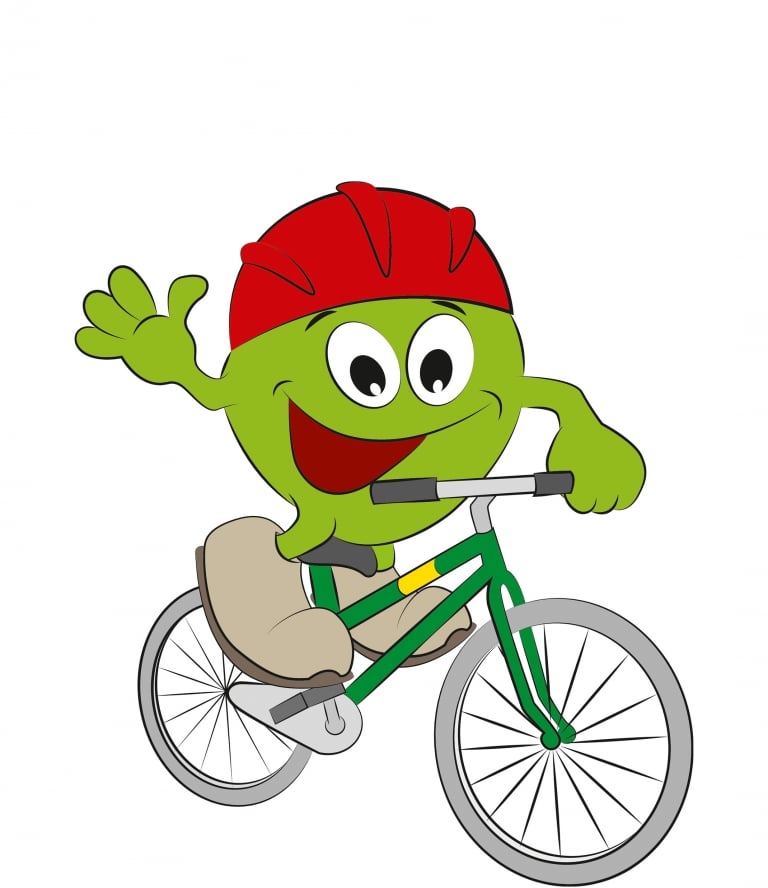 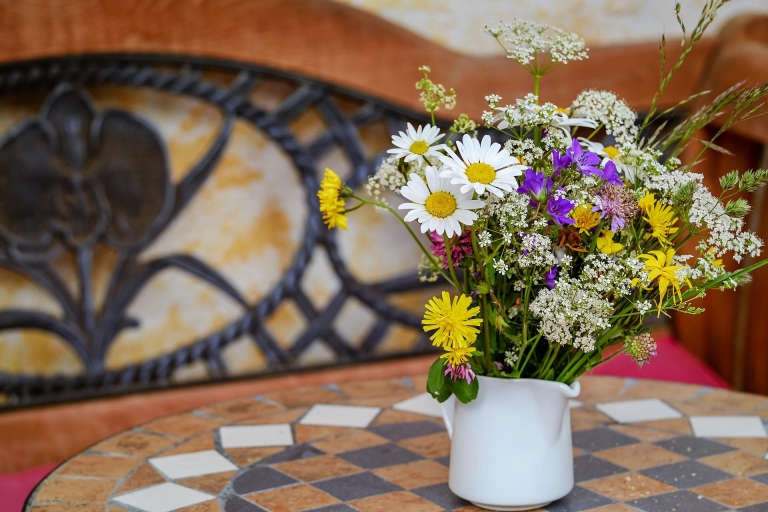 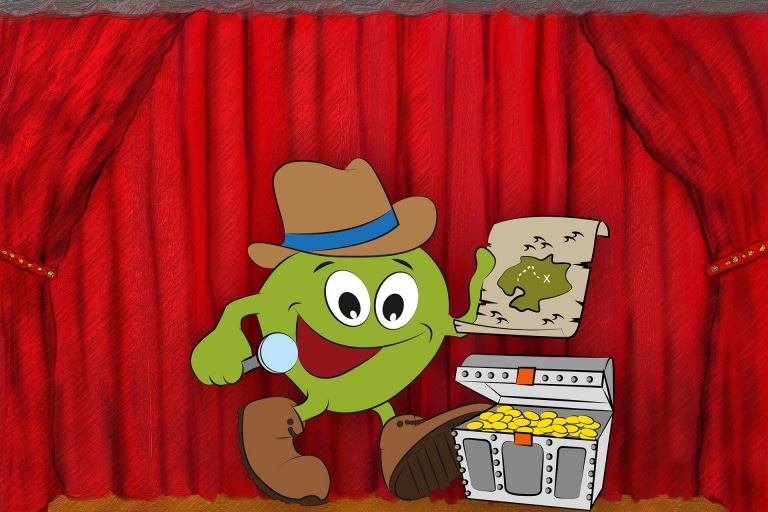 What a performance!
Read more
To the complete overview 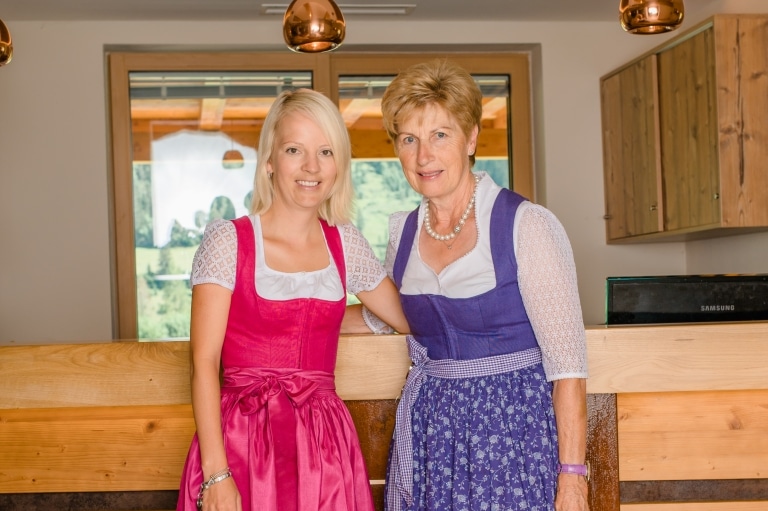 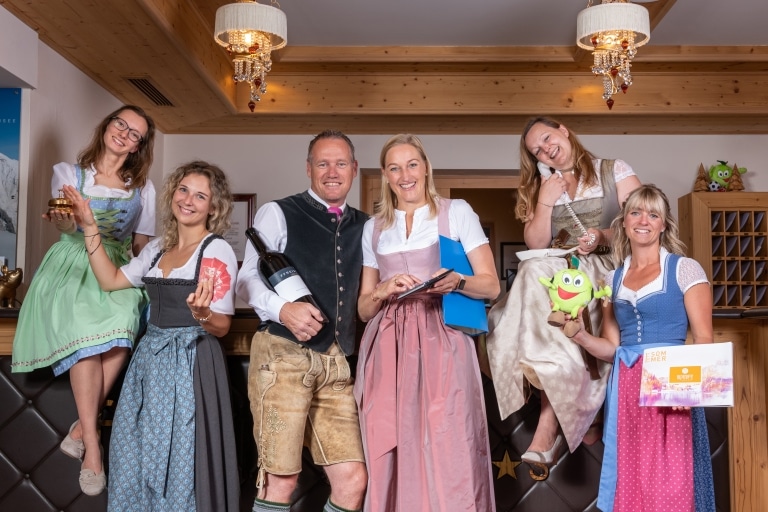 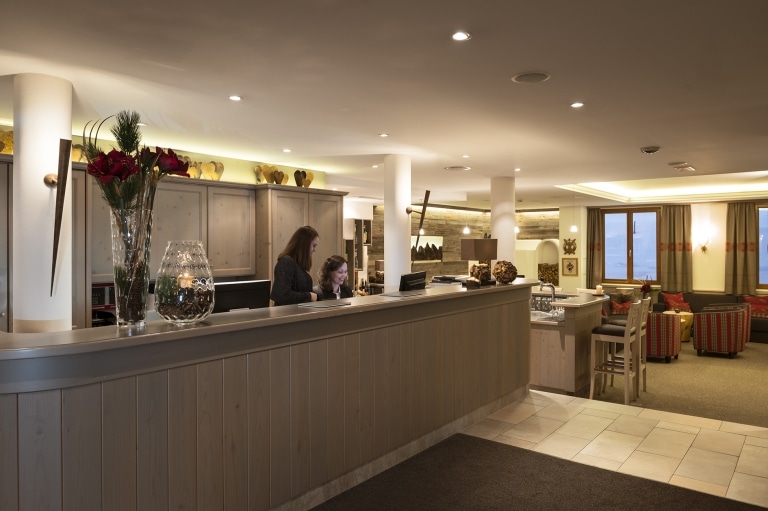 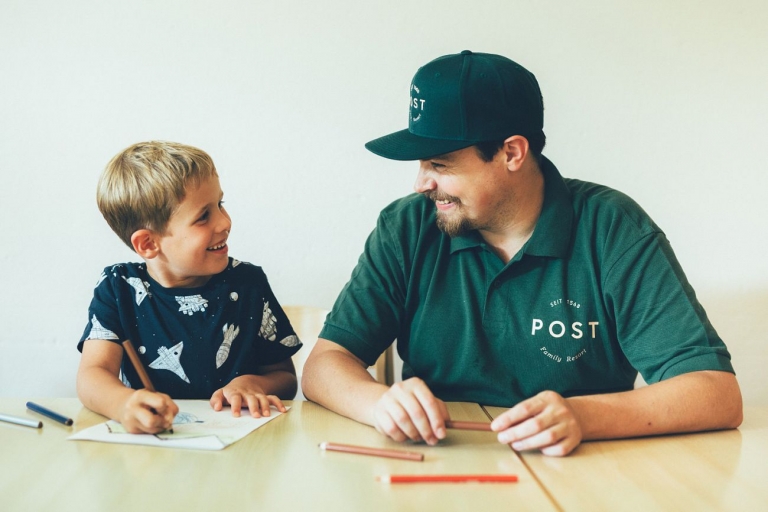 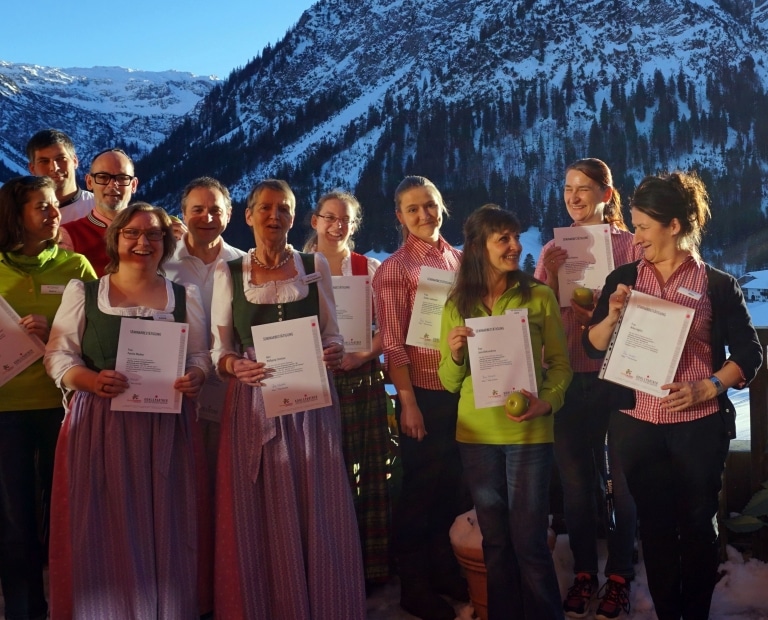 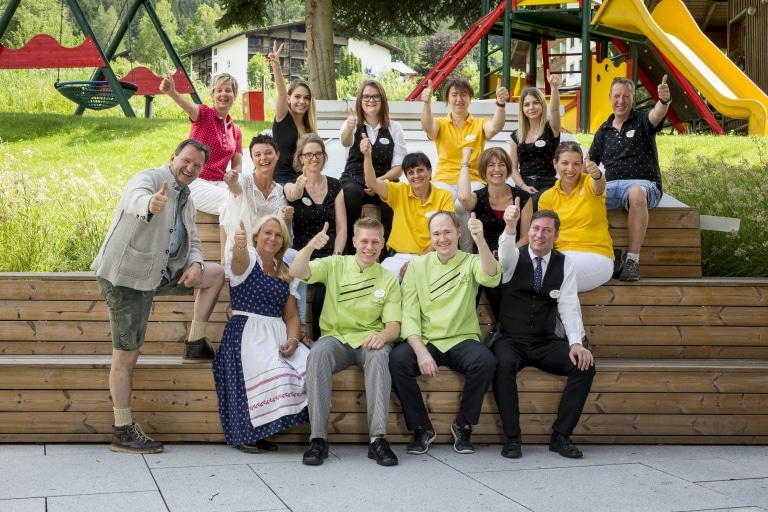